We have not done this recently, but we have done this before. At the desert site at Idaho National Laboratory, formerly the National Reactor Testing Station, the United States built 52 different reactors over 25 years. The X-10 reactor at Oak Ridge National Laboratory was built and started up in under a year.

Since the first decade of American civilian nuclear energy development, the U.S. has developed groundbreaking technologies that are embedded in nuclear power systems used around the world. These include the first commercial nuclear power plant, the first submarine reactor, the first demonstration of a self-sustaining fuel cycle, and the foundational approach to light water reactor safety, security, and nonproliferation protocols.

By 2025, NRIC will enable demonstration of at least two more reactors, extending the legacy of American nuclear innovation and establishing a foothold for advanced nuclear in this century. 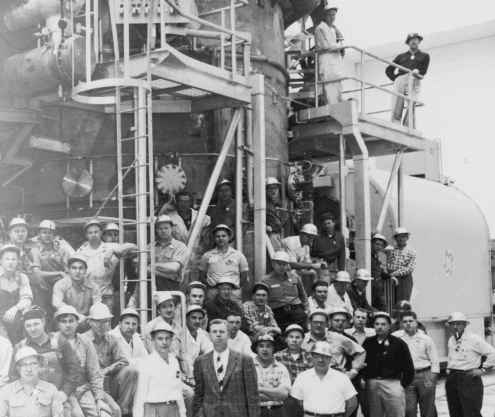 In September 2018, the bipartisan Nuclear Energy Innovation Capabilities Act of 2017 (NEICA) was signed into law, creating NRIC and beginning the next chapter of this technology’s evolution. The Advanced Reactor Demonstration Program (ARDP) establishes the framework for public-private cost-sharing in several demonstration projects that are characterized by having reliable, cost effective, licensable designs. The objective of the ARDP is to stimulate commercial enterprises in advanced reactor deployment and enable a market environment in which safe and affordable commercial reactor services are made available to government and private sector customers. NRIC is a key partner in this effort.

U.S. nuclear energy vendors face many challenges today. A declining U.S. nuclear energy industry constrains U.S. influence in key global relationships and standards, but the emergence of innovative, best-in-the-world technology provides the option to recapture a leadership role. NRIC and other Department of Energy programs in nuclear energy are designed to re-establish U.S. leadership in energy technology that will enable global clean energy access as well as access to new frontiers in space and on earth.

By more effectively harnessing the power of the market and private-sector entrepreneurialism, NRIC is building upon American ingenuity to deliver 21st century advanced reactor systems better and faster.